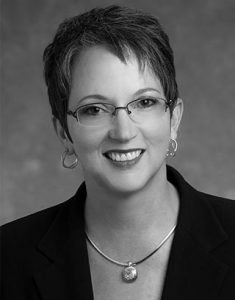 Episode 15. Heather McKissick joined the Trap for a focus on the work of organizations for social good and how leaders can be agents for the ‘good’. Her thoughtful views on how organizations (non-profits, for-profits, government entities, and more) make a difference in their communities make for rich listening. Among her passions, reflected in this episode, is the commitment Credit Unions make to underserved populations – listen to her thoughtful response to the “Moral Dilemma” question.

Deeply involved in community affairs in the Central Texas area, Heather McKissick serves as Executive Vice President of Community Impact, Marketing and Communication for University Federal Credit Union (UFCU), which itself is one of the most committed community organizations in Austin and Central Texas.

When Heather joined UFCU in 2013 as Vice President of Human Resources and Organizational Development, she was already an experienced advocate and community leader after serving for seven years as a volunteer and then five years as Chief Executive Officer of Leadership Austin. For decades, Leadership Austin has trained thousands of local residents in community issues and leadership through its programs, and Heather came to know just about everyone who went through the development programs during her years of service. Part of Heather’s current role at UFCU is to lead the organization’s community engagement within Central Texas and the Coastal Region.

An honored community leader herself, Heather is well-qualified to head these efforts for UFCU. She is a member of the board of the American Heart and Stroke Association of Central Texas; the Young Women’s Alliance community advisory board (and their 2013 “Inspiring Leader of the Year”); and chair of the advisory council for the Austin Young Chamber of Commerce. She served as chair of the Heart Association’s 2017 “Go Red for Women” campaign; as honorary co-chair with Austin Mayor Steve Adler of the 2016 “Austin Under 40” awards; was the inaugural “Austin Under 40 Mentor of the Year” honoree; a “Women of Distinction” honoree in 2014 by the Girl Scouts of Central Texas, and a recipient of a 2010 “Profiles in Power” award. She is also a proud Credit Union Development Educator.