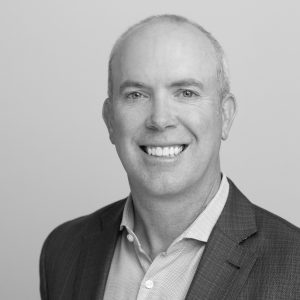 Episode 21: Joseph recently stepped into the Trap for a wide-ranging, free-flowing discussion on the challenges of leading with humility and self-awareness. His breadth of experiences in the military, entrepreneurial tech, politics, and academia combine to shape his views on where leaders fall short and where they have opportunities to grow their leadership practice. Joseph brought lots of positive energy and wisdom to the Trap. His frames of reference inform a broader view of the work of leadership. Tons of guidance and ideas in this session!

Joseph Kopser is a lifelong problem solver committed to building the teams needed to take on our toughest challenges. In addition, he is a technology entrepreneur and expert in transportation, smart cities, urban mobility, energy, and national security issues as well as an Army combat veteran. Currently, he serves as an Executive-in-Residence at the McCombs School of Business at the University of Texas. In addition, he is President of Grayline where he works with people and companies to bring together experts, data, and solutions to help companies and public institutions manage disruptive change. Prior to co-founding Grayline, Joseph co-founded and served as CEO of RideScout, before it was acquired by Mercedes-Benz in 2014.

Joseph served in the U.S. Army for 20 years earning the Combat Action Badge, Army Ranger Tab, and Bronze Star. He is a graduate of West Point with a BS in Aerospace Engineering and also received a Masters from the Harvard Kennedy School in 2002. In 2013, he was recognized as a White House Champion of Change for his efforts in Energy and Transportation. He is also an advisor and Chief Growth Officer for The Mentor Method, a company focused on bringing mentor methods to diverse talent at all levels. In 2014, his company, RideScout, won the U.S. Department of Transportation Data Innovation Award. In 2018, Joseph ran for Congress in a race that attracted more voters than any of the 36 districts in Texas. Losing by less than 3 points in a heavily gerrymandered district, Joseph demonstrated that voters want civility and problem solvers in Congress. In his free time, he works closely with The Bunker, an organization dedicated to supporting veteran entrepreneurs. In 2017, he co-authored the book, Catalyst, which serves as the foundation of his public speaking. In 2019, Joseph became the inaugural Chairman of the Board of Advisors for the CleanTX Foundation, an economic development and professional association for cleantech. Joseph and his wife of 25 years, Amy, live in Austin and they are extremely proud of their three adult daughters.