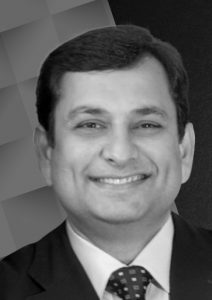 Episode 13. In this week’s Trap, Manoj Saxena shares his lessons learned from years of growing entrepreneurial companies – balancing the demands of assertive investors, skeptics, and high-believer employees trying to earn their keep. His reflections on valuing mentors, the importance of female leaders, and being reasonably transparent in communicating the state of the business are well-earned pearls of wisdom.

As Manoj says, “I like building things, going fast, and helping brilliant people build great companies. I also like making markets around the responsible and ethical pairing of human+machine intelligence. I am passionate about racing cars and about inspiring our youth to pursue STEAM careers.” That’s Manoj Saxena – an amalgamation of focus, drive, intelligence, and a charming twinkle in the eye – winning audiences over to his vision.

Manoj currently serves as Chairman, CognitiveScale, and is a venture capitalist focused on the Cognitive Computing and Machine Intelligence market. He’s a founder of AI Global non-profit and also co-founder and Board Member of Bridgeweave and the Saxena Family Foundation. Recently, he served as the Chairman of the Federal Reserve Bank of Dallas, San Antonio, and retired after six years.

Saxena led IBM Watson Software Division as its first General Manager (2011-14) and helped with the formation of Watson Business Group in January 2014 with a $1B investment from IBM. He left IBM to create a successful AI VC fund in 2014 which later attracted investments from IBM and USAA.

And, core to his professional experience he’s a former CEO and founder of two successful venture-funded software startups which were acquired by IBM (2006) and by CommerceOne (2001).